Get fresh music recommendations delivered to your inbox every Friday.

by The Poison Control Center 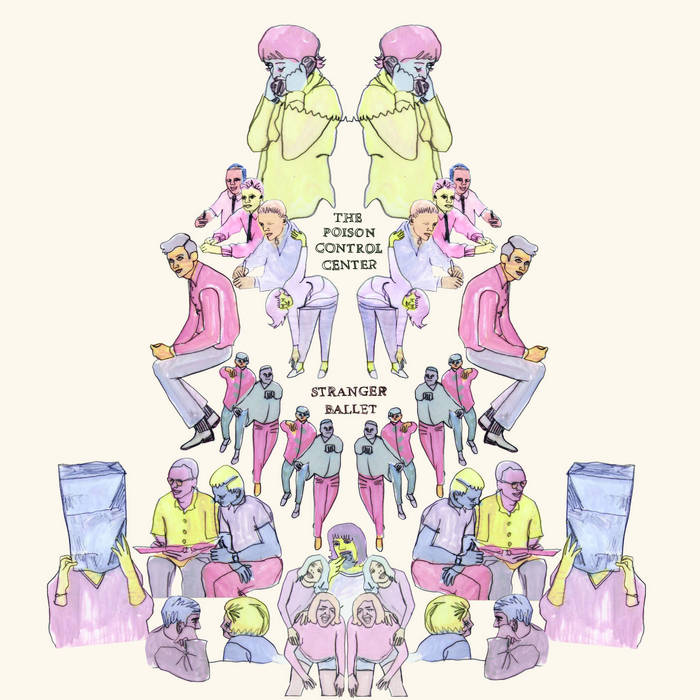 Proud, loyal Iowans The Poison Control Center released their second full-length Sad Sour Future in May 2010 and spent the next five and a half months solidly touring behind the album. It was in this, the first leg of what was eventually to become a 200+ date tour that their third LP Stranger Ballet was born. The band found the kernels of inspiration in both the near-nightly high of playing shows and the sort of quiet isolation only to be found whilst driving open stretches of highway the next day.

Though born on the road, Stranger Ballet is no road record. It is not mere documentary. This album is the joyous, fist-pumping camaraderie of four guys against the world. It is also the realization that, indeed…they are four guys against the world…and the discovery of all that it entails. It is a commemoration of new friends. It is a deep longing for long-distance loves. It is a disdainful lament for a love long-gone. It is about dreams, sometimes big and sometimes bizarre. It is about confronting ugly reality with courage, conviction and a passionate, unfailing self-belief.

Stranger Ballet is a wide-angle snapshot from a band living each day and playing each note as though life depended upon it.

The Poison Control Center’s 200+ date odyssey for Sad Sour Future has covered 3.5 laps around North America and included a co-bill with Park The Van greats Brass Bed as well as a dream come true support slot for the legendary Pavement in Kansas City.

Stranger Ballet will be released on Afternoon Records on June 7, 2011. The band has recorded an EP of Covers (Guided By Voices, Thin Lizzy, The Kinks, and more) to be given away for free with any pre-order of the record before June 7th. The band will tour the whole U.S. starting June 3rd.

Here what they said:

Blazing fundamental rock with extreme likability. The newest edition of rock tirades by Iowa based band The Poison Control Center, Stranger Ballet (from Afternoon Records), is unwavering from start to finish. A fast burning guitar cigar packed heavy with story telling and meaningful lyrics, Stranger Ballet is a clean almost effortless smoke. It takes a couple listens for you to stop rocking out with it and finally pay some attention to the lyrics, but once you do and complete the package, you'll find it might be one of the best rock albums of the year. This album even has a couple nuances of experimental rock that are quite awesome, including the eighth track "Porcelain Brain". On it, you'll find a pretty tight pop backdrop with tempo changes and lyrics that really make it the album's stand out track. But you'll also be pleased with traditional rock from the second cut, "Some Ordinary Vision" and some heavier rock on "Dracula's Casket", which might cause you to time travel just a bit back into the 90's. Stranger Ballet is a perfect follow-up album to Sad Sour Future (which we named one of 2010's top 50), and provides an instant distraction from your day. Just be sure to catch them live in concert. Their albums may blur your mind, but their performances will blow it.--- 83Music

Bandcamp Daily  your guide to the world of Bandcamp

Kari Faux drops off her deluxe album 'Lowkey Superstar' plus tunes by Shunaji and Samplelov.